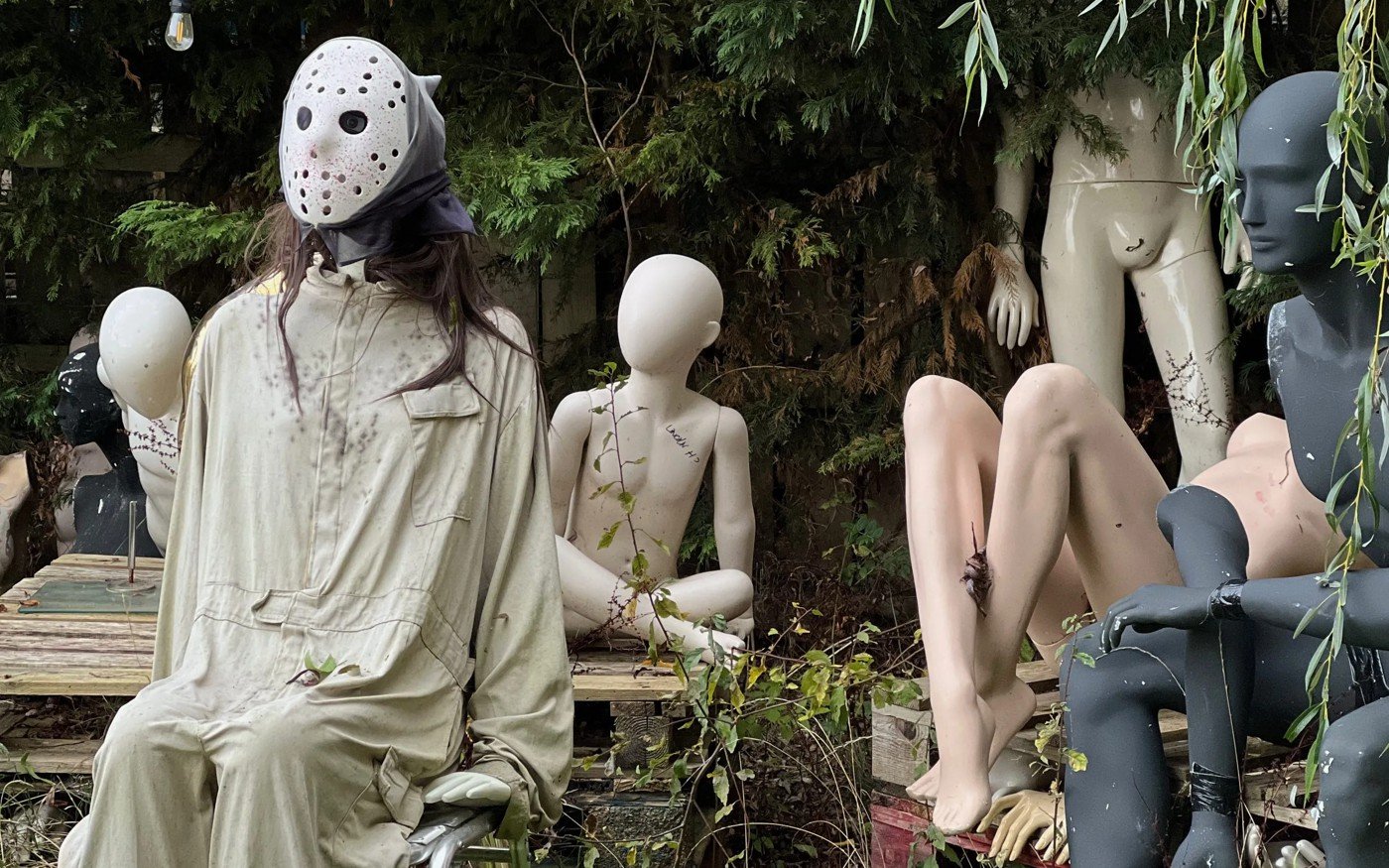 ChatGPT – Write Me A Film Script

Just for fun I asked ChatGPT to write a script for a short film set in a mannequin graveyard. Here’s what came out!

Chat Prompt – Write a short story about 2 drunkards in a mannequin graveyard
This is unedited from the AI output.

It was a dark and stormy night when Jack and Sam stumbled upon the abandoned mannequin factory. They had been out drinking all night, and had decided to take a shortcut home through the abandoned industrial area.

As they walked, the rain grew heavier and the wind picked up. Suddenly, they saw it in the distance – a large, dilapidated building with broken windows and graffiti covering the walls.

“What the hell is that place?” slurred Jack, squinting through the rain.

“I don’t know, man,” replied Sam, “but let’s check it out. It’ll be a good story to tell the guys tomorrow.”

The two drunken friends stumbled towards the building, their laughter echoing through the empty streets. As they approached, they saw a sign on the door that read “Mannequin Factory – Enter at Your Own Risk.”

Without hesitation, they pushed the door open and walked inside. The factory was dark and musty, and the only light came from the occasional flash of lightning outside.

As they walked through the factory, they stumbled upon a large room filled with mannequins. The mannequins were all in various states of decay, some missing limbs, others missing heads.

“This is freakin’ weird, man,” said Sam, his words slurring together.

“Yeah, it’s like a graveyard for mannequins,” laughed Jack.

The two friends continued to explore the factory, their drunken laughter growing louder and more uncontrollable. They started to play around with the mannequins, posing them in silly positions and taking pictures on their phones.

But as the night went on, the laughter turned to screams. The mannequins started moving on their own, their limbs twisting and contorting in ways that should not have been possible.

Jack and Sam tried to run, but the mannequins were everywhere, chasing them through the factory. They were trapped, with no way out.

As the storm raged outside, the two friends were consumed by the mannequins, becoming the latest addition to the mannequin graveyard.

The next morning, the police found the abandoned factory, but there was no sign of Jack and Sam. All that remained was a room filled with mannequins, their limbs twisted and contorted in grotesque positions, as if they were frozen in mid-scream.

From that day on, the factory was known as the Mannequin Graveyard, and it was said that on stormy nights, the screams of Jack and Sam could still be heard echoing through the empty streets.